The Trucker Behind the Stories

Paul Wesley Gates, “Gater” on his CB radio, says he was born on a cotton field in Arkansas, ‘so far back in the boonies, they had to pipe in sunshine.’ This man became a legend in the trucking industry, driving millions of miles, across the United States, for 30 years.  He was so good he became one of the company’ “Elite Fleet” of truckers.

Today, he’s ‘Grandpa.’  Over the years, he told his stories to his wife and she told them to their grandchildren—3 little boys who always clamored for another “Grandpa and the Truck” story.

They loved hearing how Grandpa battled tough road conditions, awful weather, fatigue, and crazy drivers, as he moved households and goods across America.

He now shares his stories so all children may ‘ride high,’ in the big rig, seeing  our beautiful country, meeting fascinating people who taught him amazing life lessons. 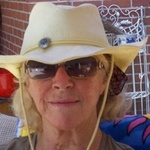 Colleen Kelly Mellor taught successfully, for 30 years, to students who ranged in age from kindergarten through grade 12. Upon retirement, she went on to a successful  8-year stint as realtor but left it, to do what she always wanted to do—write stories.

Her work has been published in the Wall Street Journal (Health section,) Scripps-Howard, the Providence Journal and NY Times and CNN-acclaimed medical blog, kevinMD.com.

Today, she writes a regular Op-Ed column for the Pulitzer-Prize-winning Providence Journal, and oversees her blog at www.colleenkellymellor.com

While Ms. Mellor’s “Grandpa and the Truck” books are her first official foray into writing children’s stories, she notes she’s had a lifetime honing her craft before anyone’s arguably toughest audience—adolescents. The trucker and she now perform a lively, entertaining show before schools’ large kindegarten-through-grade 4 audiences., utilizing a powerpoint presentation, exciting sound effects and props. Their tagline  is:  “We teach geography…and a whole lot more.”

Using her skills as story-teller, she breathes life into the exciting adventures of her husband, long-haul trucker Paul Wesley Gates, enabling children to appreciate the rich heritage of our great land and its people. 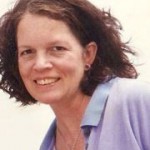 Dana Irwin is an Asheville, NC  designer/illustrator who began her publishing career in New York, NY, at Hearst Magazines. She was Art Director for San Francisco-based Northern CA Home & Garden Magazine, after which she became Art and Photography Director for Lark Books, Asheville, NC.

She now freelances her illustration and design work through Irwin Designs, and lives with her two dogs, two cats and large garden in self-employed bliss.